The bow is one of the most misunderstood behaviors in canine communication.

It's 2007, and I'm observing an interaction between a bullmastiff puppy and an adult female border collie. The puppy displays the play bow with great frequency, but the female looks stressed. At one point I find myself with the puppy sitting in the middle of the field, and the adult female standing still by the fence.

That's when I start to think that "play" bowing isn't the whole story. This is a small review of how I interpret bowing in dog social communication today. Let's start with the three scientific hypothesis.

Play bows can be glossed as indicating that subsequent signals, such as growls, do not have thieir normal meaning because "what follows is play". C. Allen, M. Bekoff, 1994
The border collie puppy is displaying an invitation to play towards the adult female french bulldog.

"The bow is a stable posture from which the animal can move easily in many directions, allows the individual to stretch its muscles and places the head of the bower below another animal in a nonthreatening position". Bekoff & Allen, 1998
The adult male is displaying the bow towards the unfamiliar female, taking time to choose next move. 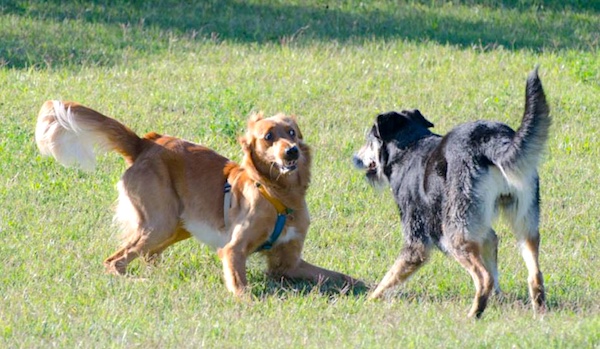 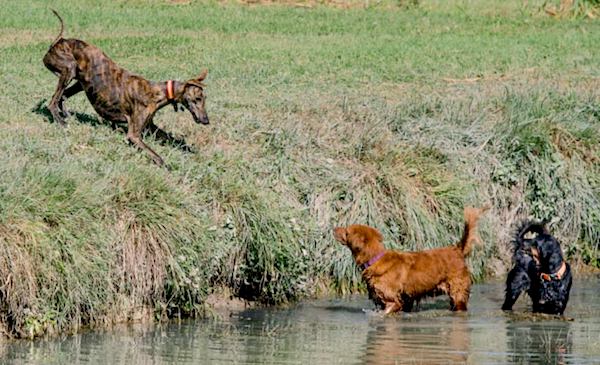 The game may include elements of the predatory sequence, such as pursuit. Bowing can be used to induce running in another dog, and thus be able to give chase.
The male galgo displays a bow with front paw wide open, and intense stare. 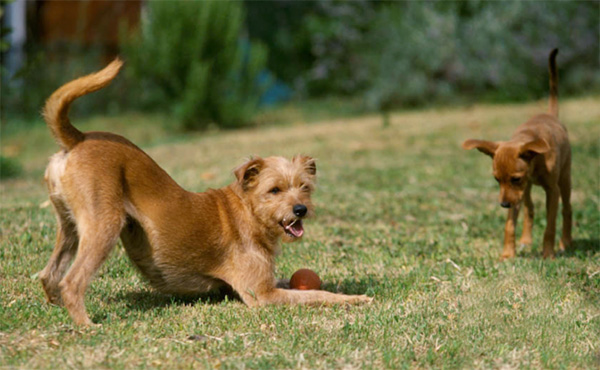 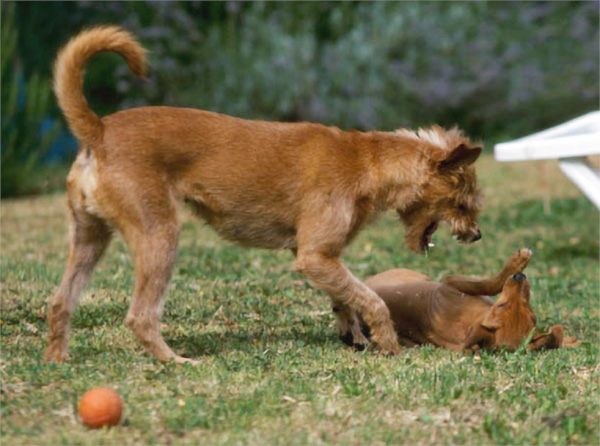 This is what I call a"possession bow," and it is displayed by a dog competing for the possession of a resource.
The mother displays the bow and has a ball at her feet. The puppy approaches the toy, which triggers the mother's aggressive reaction. 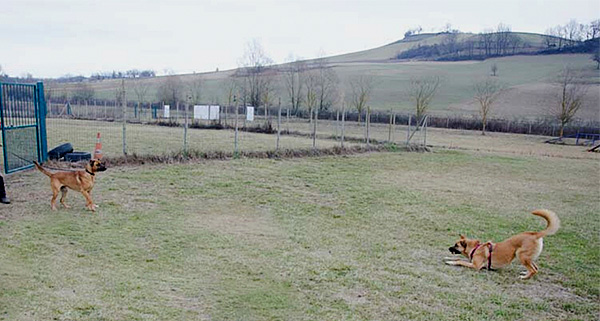 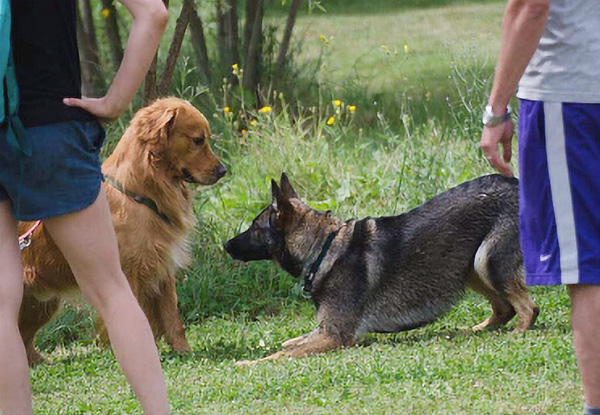 In my experience, bowing is used outside of the play context as a signal to stop another dog's approach.
The two females display the bow to stop the approach of a male.

In my experience, bowing is also used in competitive play or as an imposition behavior, to displace another dog.
The male Tibetan Mastiff displays the bow with legs wide open, the female golden retrieve looks away and turns her ears back. 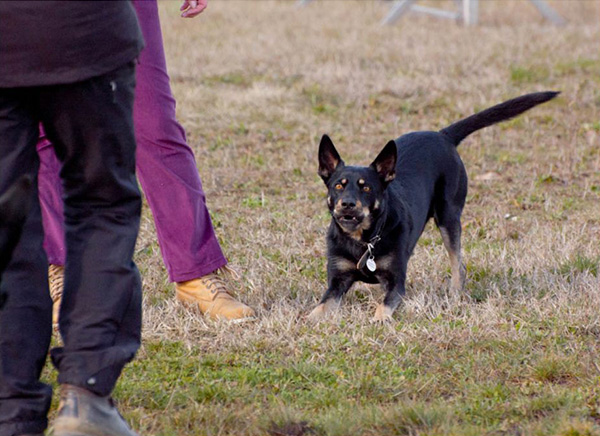 An adult male reacts to my approach with the bow, staring and growling.
Bowing also appears among agonistic behaviors, and may anticipate an aggression.