I have bad news: there is no aggression scale. Dogs do not go through all these stages before attacking and before biting.

The graphics are eye-catching, I know, but they can be really misleading if we want to understand aggression in dogs. 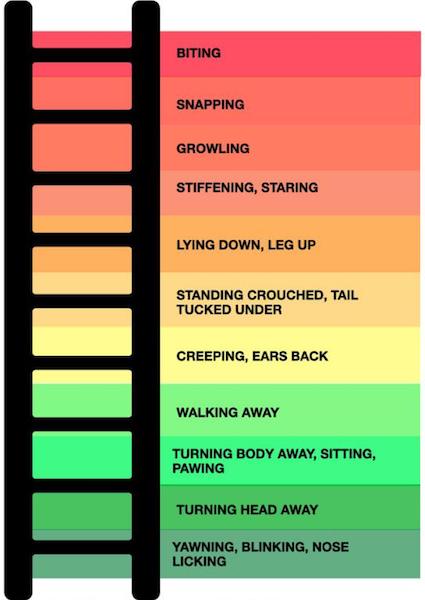 I have long wanted to write something about the 'dog aggression scale'. During my studies, we used an aggression rating scale, with scores ranging from 0 (total absence) to 4 (maximum intensity). One can certainly attribute a score to the aggressiveness exhibited by a dog.

What does not convince me about this graphic is that it creates the idea that a dog exhibits behaviour of increasing intensity, up to and including biting. Even very intense aggression can be preceded by a single signal, and conversely, a dog displaying many signals may never get far enough to bite.

On my scale the snap is at a low level of intensity, it is definitely a threat, but I have never observed it in seriously aggressive interactions. I would call it more of a warning. In my experience the signals that indicate a higher motivation to attack are the frostiness/rigidity and the gaze especially when combined with a frontal posture.

In dogs, aggression does not always escalate gradually.

A dog may give a brief warning before attacking, or threaten intensely without going so far as to bite. 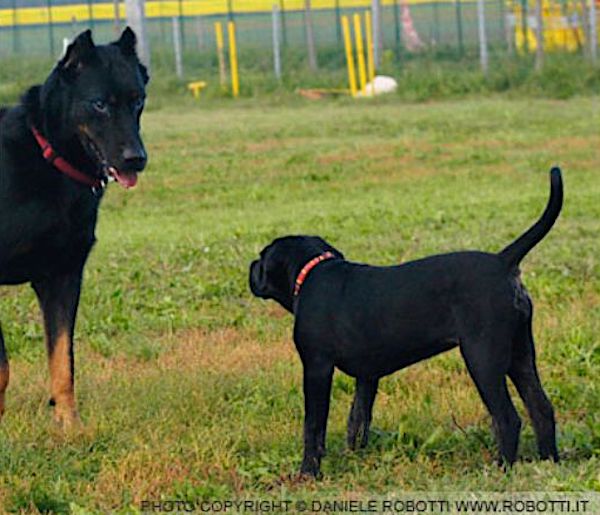 The Cane Corso puppy displays what I call "frontal and staring": behaviours that may anticipate an attack.

A dog may exhibit stress and fearful behaviour without a motivation to attack.

Even under conditions of intense stress a dog may not escalate into an aggressive communication/reaction. 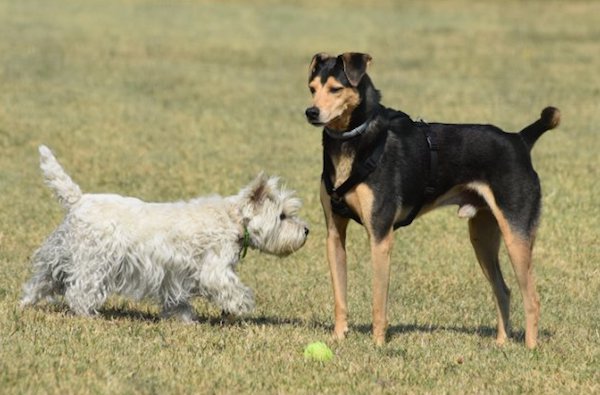 The black and tan male is stiff, he displays several stress signals when approached by the male Westie, but does not display any signals associated with an aggressive motivation.

In some dogs, the aggression may be preceded and triggered by a state of arousal (e.g. predatory arousal).

The young female pit bull is in a state of arousal, a condition that can get dogs and humans into trouble.

Social communication and aggression to cause harm are two distinct aspects of aggression. 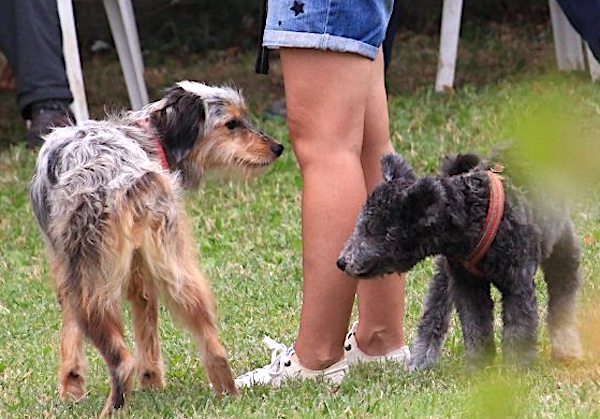 The Pumi puppy clearly communicates to the young female Lessina shepherd that she does not want to be approached.

A dog may display some of those signals before an aggression, but it is by no means certain that it will escalate from one step to the next, or that an aggressive communication will have biting as its final step. It is important to learn to look beyond behaviour, and to understand dogs emotions and motivations, to be able to see the world through their eyes. 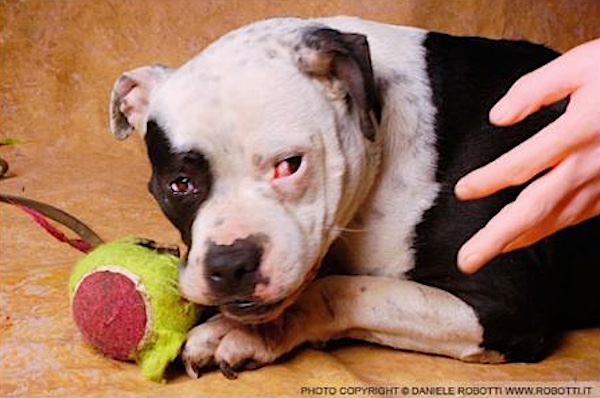 Let us imagine two rooms: In the first (green), the dog feels safe, learns, relates and communicates. In the second (blue/red), the self-defence system is activated, which leads the dog to escape or attack. Our task is to learn to understand when the dog moves from one room to another, and vice versa, and what causes the change. 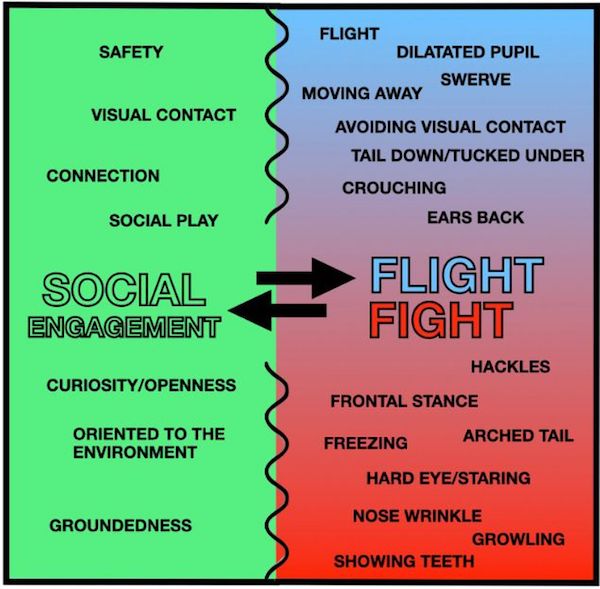